The Austin American-Statesman reports that a Travis County sheriff’s deputy responded to a disturbance call at a residence at 10:10 PM. Jones’ wife reportedly said she and Jones had a verbal fight earlier in the day that escalated to a physical altercation. She said Jones was leaving the scene in a black Dodger Charger, and that he’d been drinking.

According to the responding deputy, Jones’ vehicle was doing 45 mph in a 40 mph zone when he was stopped. The deputy performed sobriety tests at the scene, and two tests of Jones’ blood alcohol levels returned results of 0.076 and 0.079 – just below the legal limit of 0.08.

In Texas, you can be arrested and charged with DUI even if your blood alcohol concentration is below the legal limit. It pretty much depends on whether the officer who stopped you believes you’re impaired.

This incident is the latest in a number of legal issues Jones has faced in recent years. As recently as December of 2019, Jones was ordered to pay $100,000 in legal fees in a defamation case brought against him by the father of a child fatally wounded in the 2012 Sandy Hook school shooting.

Best of the Web

The KTEM mobile app is here! Stream your favorite shows, follow local news and weather, and have the edge when it comes to contests and exclusive content! 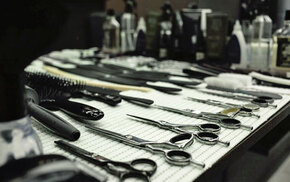 $45 Certificate For a Haircut From Blades on Watercrest

It appears that you already have an account created within our VIP network of sites on . To keep your personal information safe, we need to verify that it's really you. To activate your account, please confirm your password. When you have confirmed your password, you will be able to log in through Facebook on both sites.

It appears that you already have an account on this site associated with . To connect your existing account just click on the account activation button below. You will maintain your existing VIP profile. After you do this, you will be able to always log in to http://ktemnews.com using your original account information.

Please fill out the information below to help us provide you a better experience.